I produced an mini-series of plays in Pasadena that was pretty well received. 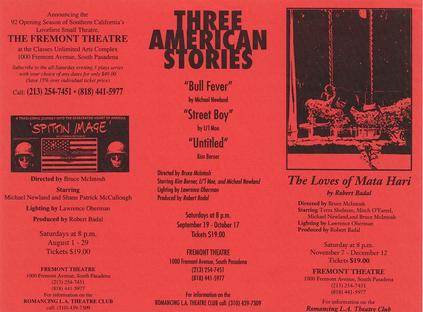 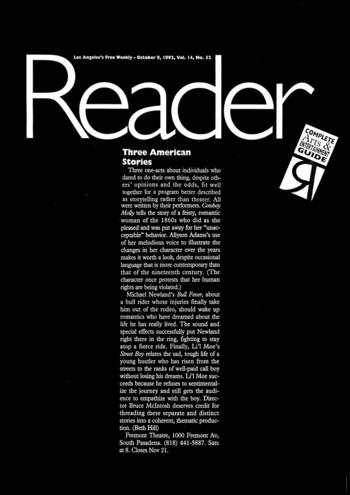 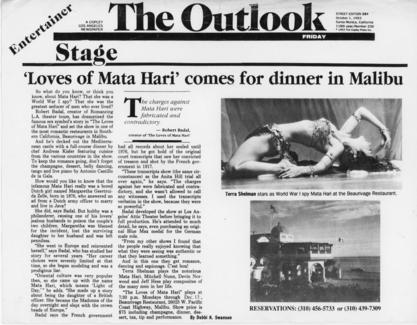 I wrote a play about the legendary Mata Hari that we developed on Theatre Row Hollywood.  I also used a dinner theatre setting to stage it in a lovely Mediterranean restaurant in Malibu. 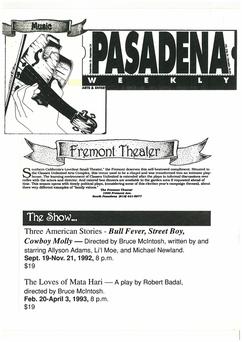 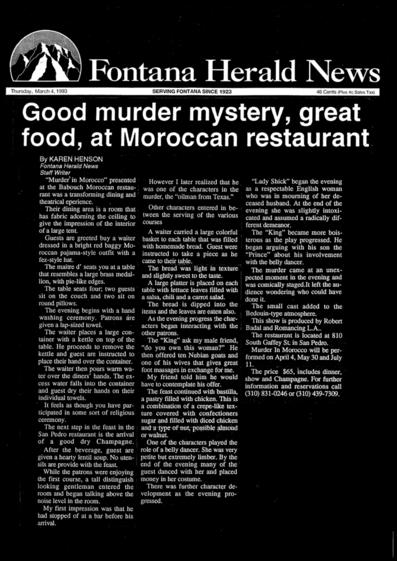 Mysteries have always been my favourite (see Creative - Unpublished  Mystery Novels )  Murder mystery dinners were popular in the 80's and 90's, so I got an idea for one that combined my enjoyment of food and culture with drama and used the exotic decor of a Moroccan restaurant as the setting: Murder in Morocco. 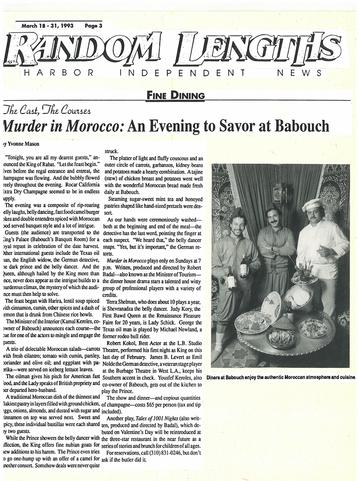 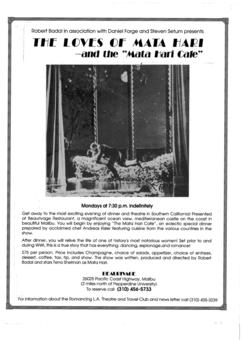 ​Drama has always been a big part of my life

I haven't been able to find any pictures, and it's too bad, because it was a lot of fun.  It was so farcical it was almost a burlesque. I used paid professional actors and the champagne flowed--as did the laughs.

I have always enjoyed acting, directing, and writing scripts and drama.  I did theatre lecture tours about everything from the LA Festival to the San Diego Shakespeare Festival to small theatre in LA and have used it to teach English.  I even wrote a published research paper about using drama to teach English, "Lights! Action! Content!. Using Acting and Drama to Teach Content-rich English."  CLICK HERE to see my published research. 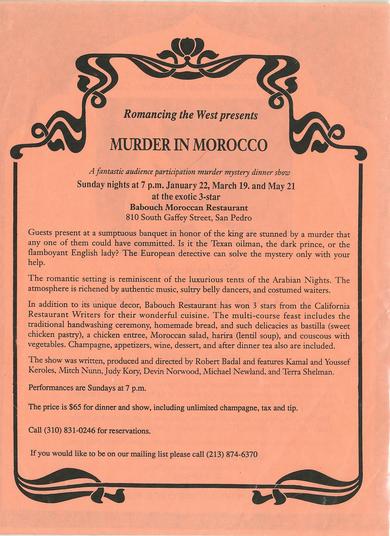