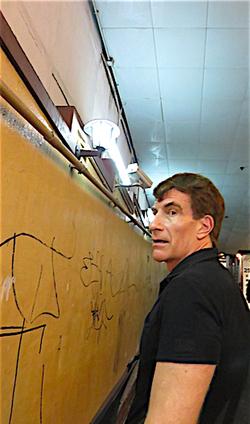 You can use the navigation to check out different places of my life.

An old friend once told me that I was always reinventing myself.  If this is true, it's not something I have aimed for, it's something that just happened.​

When we think about our lives, we usually have no idea how we ended up doing the things we did.   Some things we have done seemed like a good idea at the time, but in retrospect, they make us wince.  Other things seem fortuitous now, but at the time we did them, we had no idea how important they would turn out to be.

As kids, we look at maps and globes and think we are going to see every place on Earth, but most people (especially Americans) end up not spending much time very far from where they were born.

In the 90's, I moved out of my native Los Angeles California to San Rafael in Northern California.  It seemed a very foreign place at that time.  I missed the movies and the feeling of LA and Hollywood.  When I moved back, I had no clue that I would eventually live in four different countries in Asia--and might never live in my hometown again.